For anyone who has traveled Africa as other countries of the third world that has seen television reports and photos on these countries. Something will always hit us! And this common denominator is SMILING . The smile of these populations despite a precarious life, at least different from the rest of us westerners, we always fascinate much !

In those bright smiles , there are children who are having their heart and are not stingy with it ! Perhaps sprinkled with childish unconsciousness yet quickly overtaken by the harsh reality of their lives. But the first thing they give you , you can be sure , it is their smile and that's a lot !

Behind those beautiful smiles, there are children who live in unhygienic conditions and deplorable poverty. It goes without saying that they will not always want to see a smile five stars in their lives everyday .
These pictures are there to show the contrast between the smiles that we see frequently, but also the times when he does not smile and reflect a little more support it every day.

I know that today , we look at poverty as the pages of his newspaper freshly purchased in the morning or scrolls the mouse comfortably with his coffee at his computer is running.
Even if in this world we invaded image of all kinds and misery among others. It is important to always feed people's eyes to combat oblivion, even though it may be boring for some in this picture of perpetual flux .

It is a thought for all those children who do not necessarily need the latest range of a particular game to be happy even if ... even if their life could be much more balanced and not wasted. One more generation in a country of more than surviving in a world of inequality. 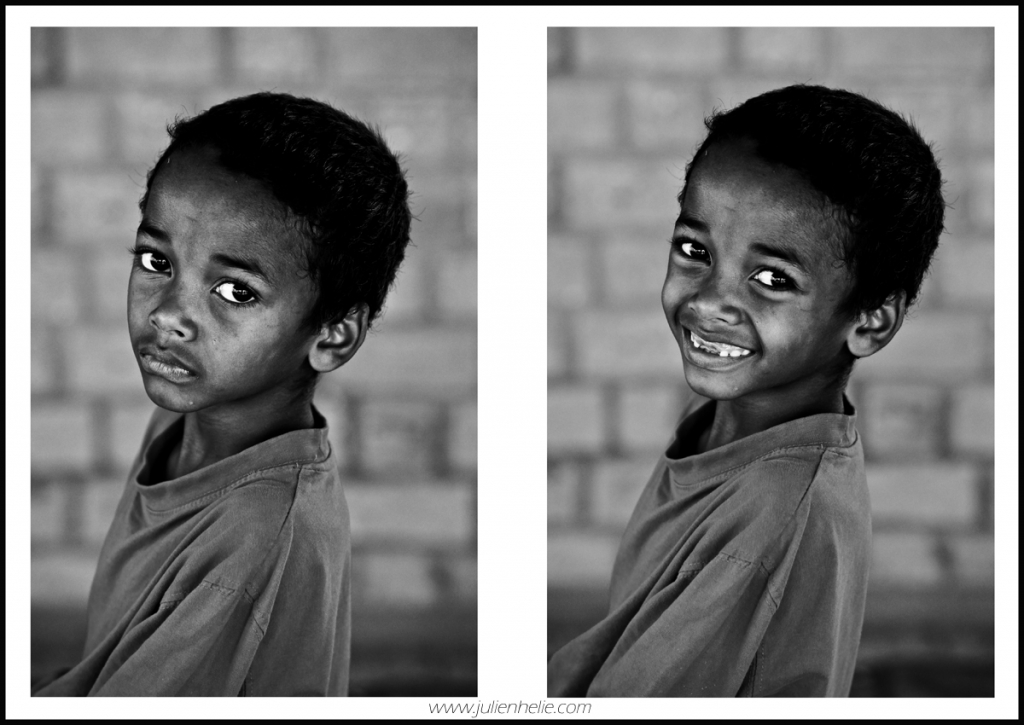